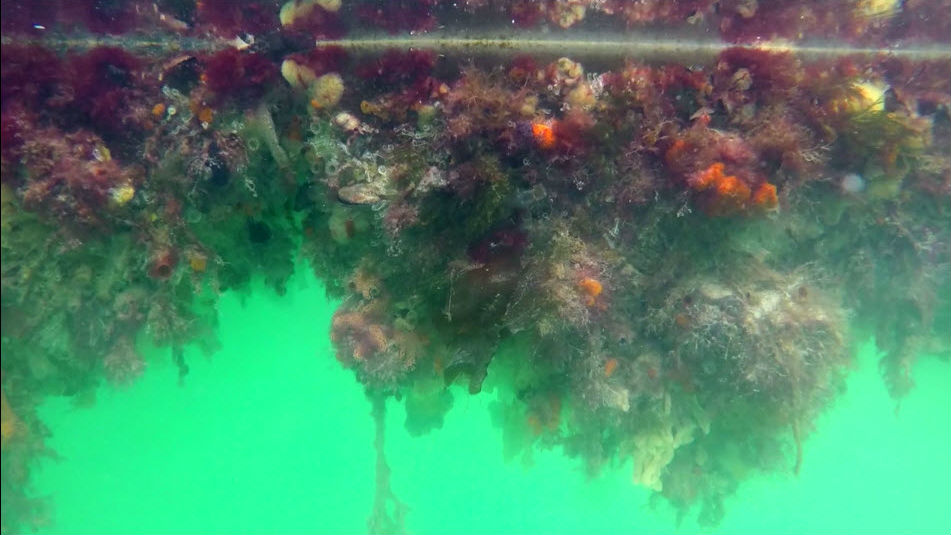 Biofouling or biological fouling is the growth of microorganisms, plants, algae, or small animals on surfaces such as ship hulls, and more generally any surface submerged in water.

The types of biofouling organisms extend far beyond barnacles and seaweeds and according to some estimates, spans over 1700 species comprising more than 4,000 different organisms.

Moreover, due to the distinct chemistry and biology that determine what prevents them from settling, organisms are also classified as hard or soft fouling types. Calcareous (hard) fouling organisms include barnacles, encrusting bryozoans, mollusks, polychaete, other tube worms, and zebra mussels. Non-calcareous (soft) fouling organisms are seaweed, hydroids, algae, and slime biofilm.

Governments and industries spend billion annually to prevent and control marine biofouling. Biofouling occurs everywhere but is most significant economically to the shipping industries, since fouling on a ship’s hull significantly increases drag, reducing the overall hydrodynamic performance of the vessel, and increasing the fuel consumption and consequently the greenhouse gas emissions (GHG).